If you are new to Server Code, this is a good place to start.

Server Code allows writing custom app code using JavaScript that runs (executes) on the Appery.io server. The code is then used as the app backend. In this tutorial, you are going to create a backend for a greeting app. From the app (client) you will be able to enter a name, invoke the Server Code script (backend), and the backend will return a greeting, including the current time.

The first step in this tutorial - you are going to create and test the Server Code script.

What's nice is that a sample script is already there and that's the below script you are going to use, just copy it and paste into the code editor field: 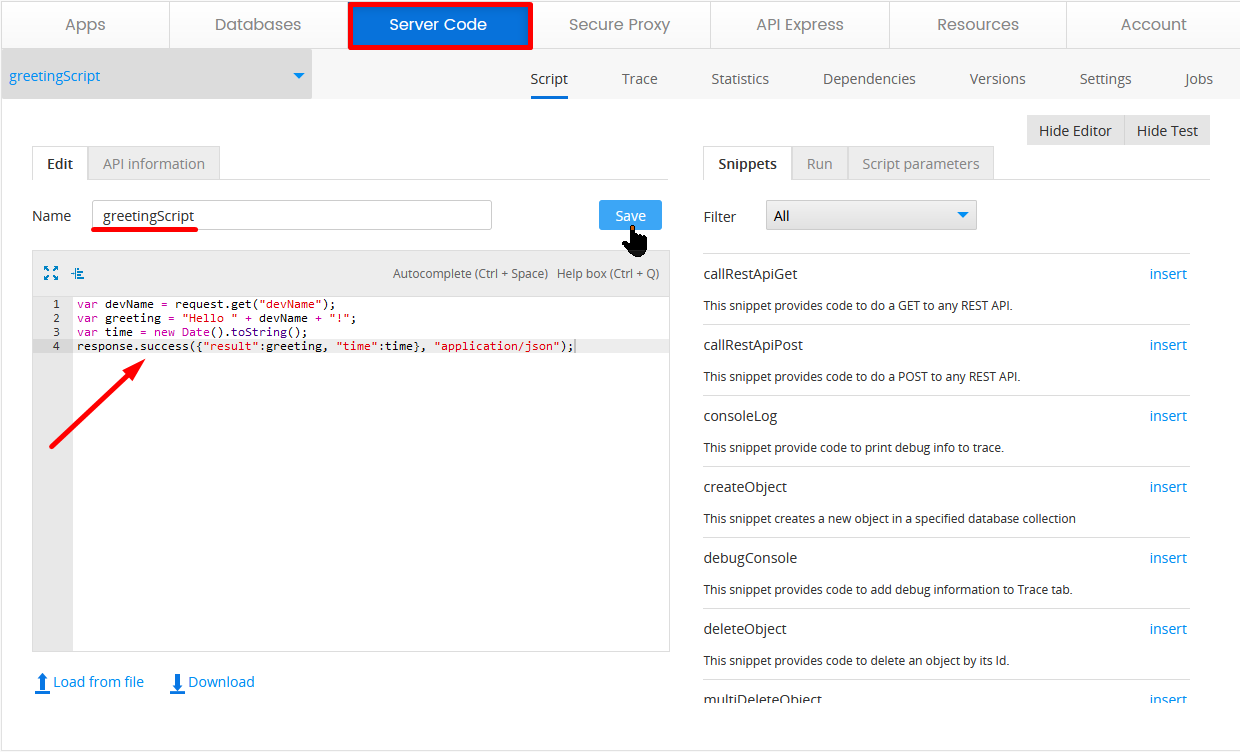 Let's quickly review the script code. The code looks like this (without comments):

The script takes the name (or developer name) as the input into the script. In the first line, the script reads the parameter value devName.

A Server Code script is automatically exposed via a REST API. This means to invoke a script from an app you will simply be invoking a REST API. Inputs into the script are simply REST API parameters.

On line #2, the greeting variable is created by by combining Hello and the developer name.
On line #3, the time variable is set by invoking a standard JavaScript Date API.
On line #4, the script response is created. This is the response returned by the REST API when the script is invoked.

It's always a good idea to test your backend (here, script) before using it in the app. This way you can debug the logic without invoking it from the app. Debugging the script from an app is more difficult.

Testing the script in Server Code is simple. Go to the Run tab and click the Save and Run button. You should see output that looks like this: 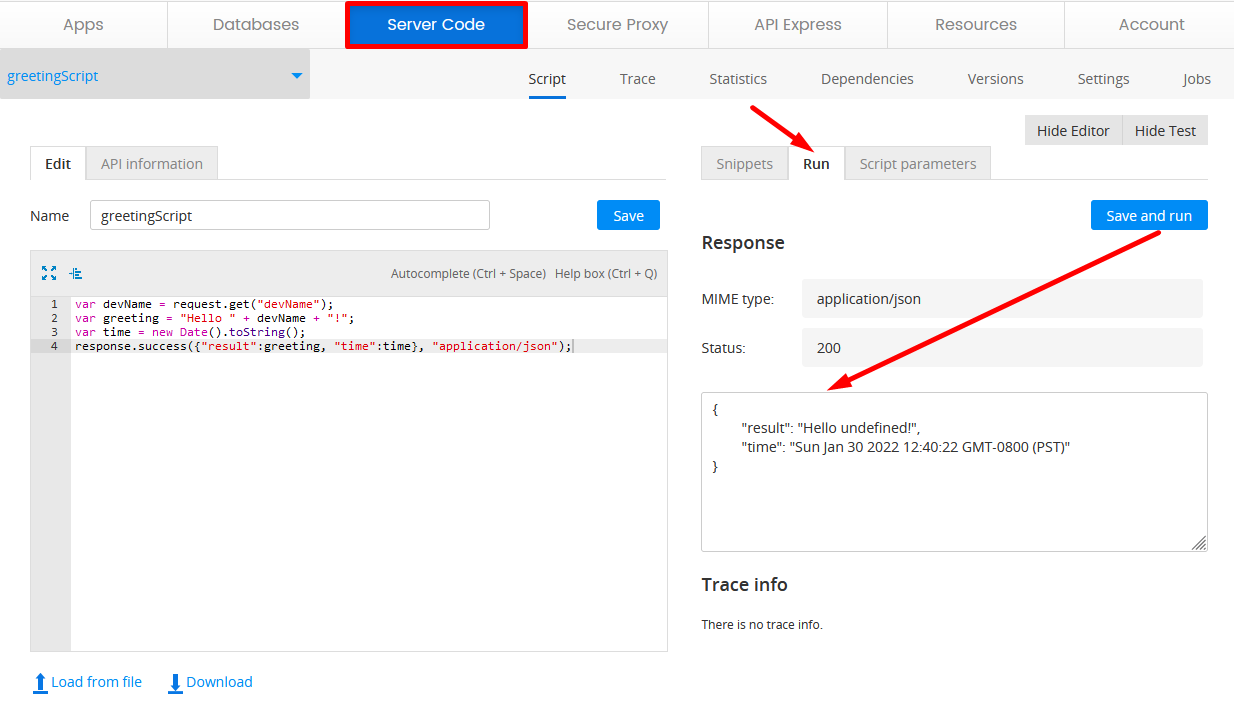 You got the response from the script and almost everything looks good, but the greeting label doesn't have any name. Remember that the name is passed as a parameter into the script. Any time the script accepts a parameter, you can add the parameters in the Script parameters tab for testing. 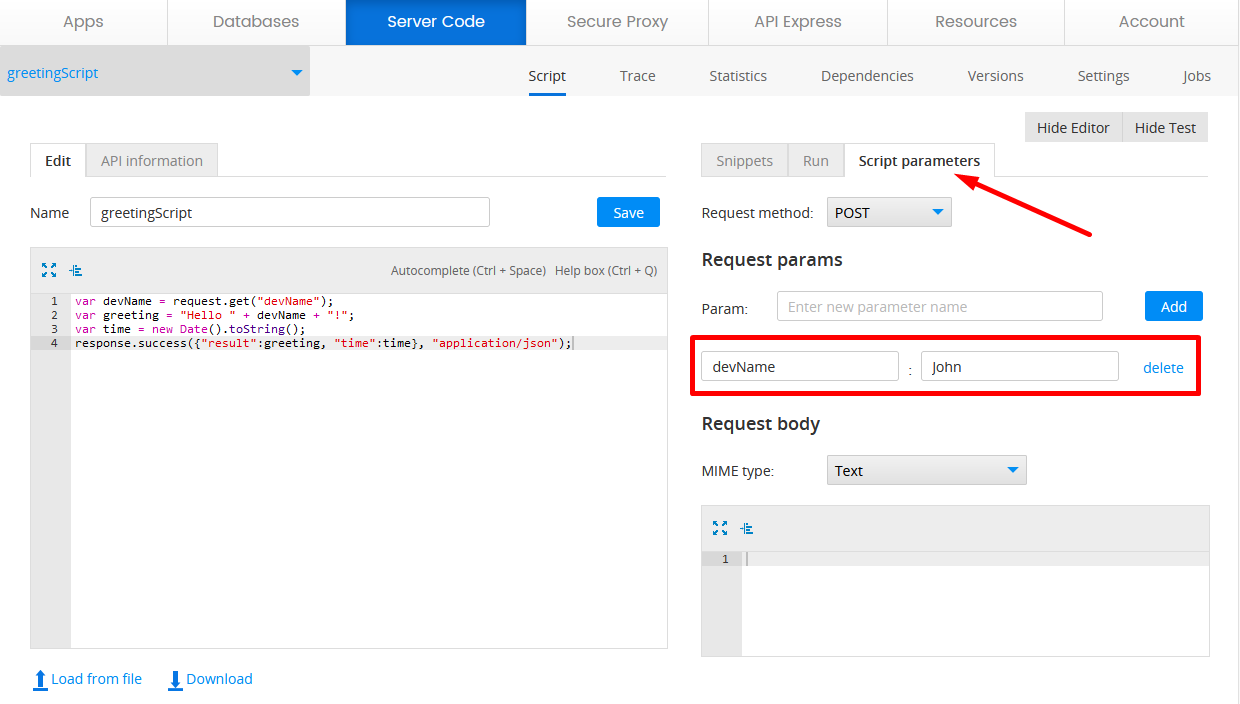 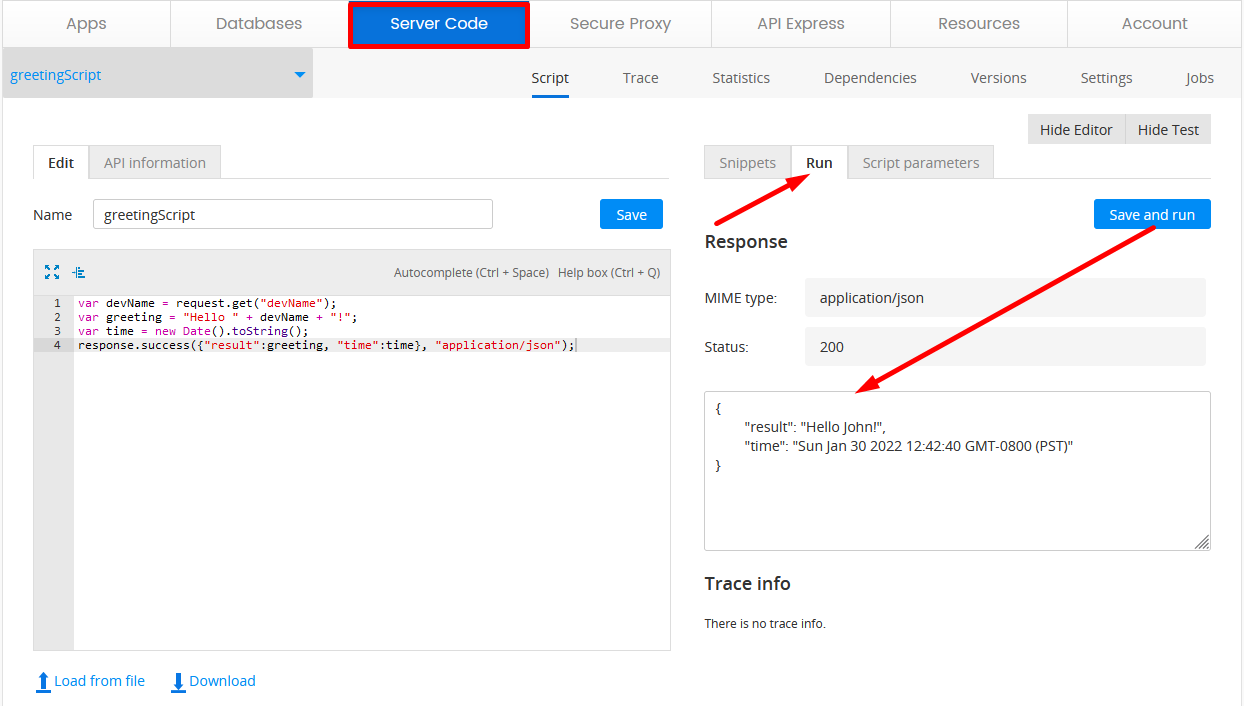 This means that the script works as expected.

Now that the script has been tested, the next step is to create an app that will use this script.

We will now build a one page app that will invoke this script.

The first step is to create a new app. 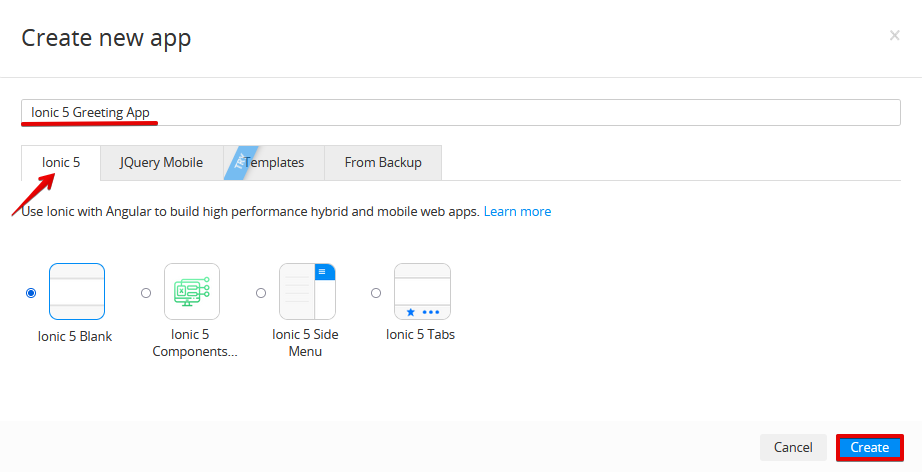 The App Builder will load the newly created app.

Next, you are going to import the script into the app.

The script is imported as a REST API into the app.

You should see the script under the Services folder: 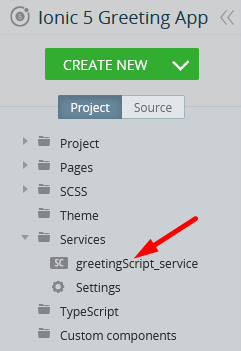 You can switch to the Response tab to see the response created:

Now it's time to design the page.

In this step, you are going to build the app page.

This is for the page. You can test the page by clicking the TEST button in the App Builder Toolbar: 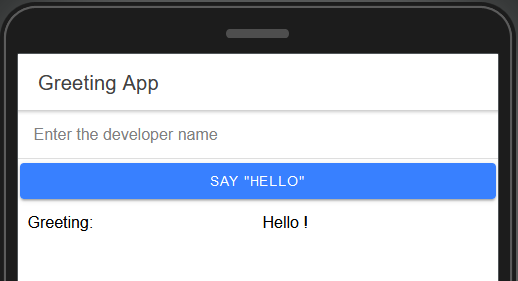 The next step is mapping and invoking the service from this page so that the response could include the developer name.

In this step, you are going to add the service to the page, map it, and then invoke it. 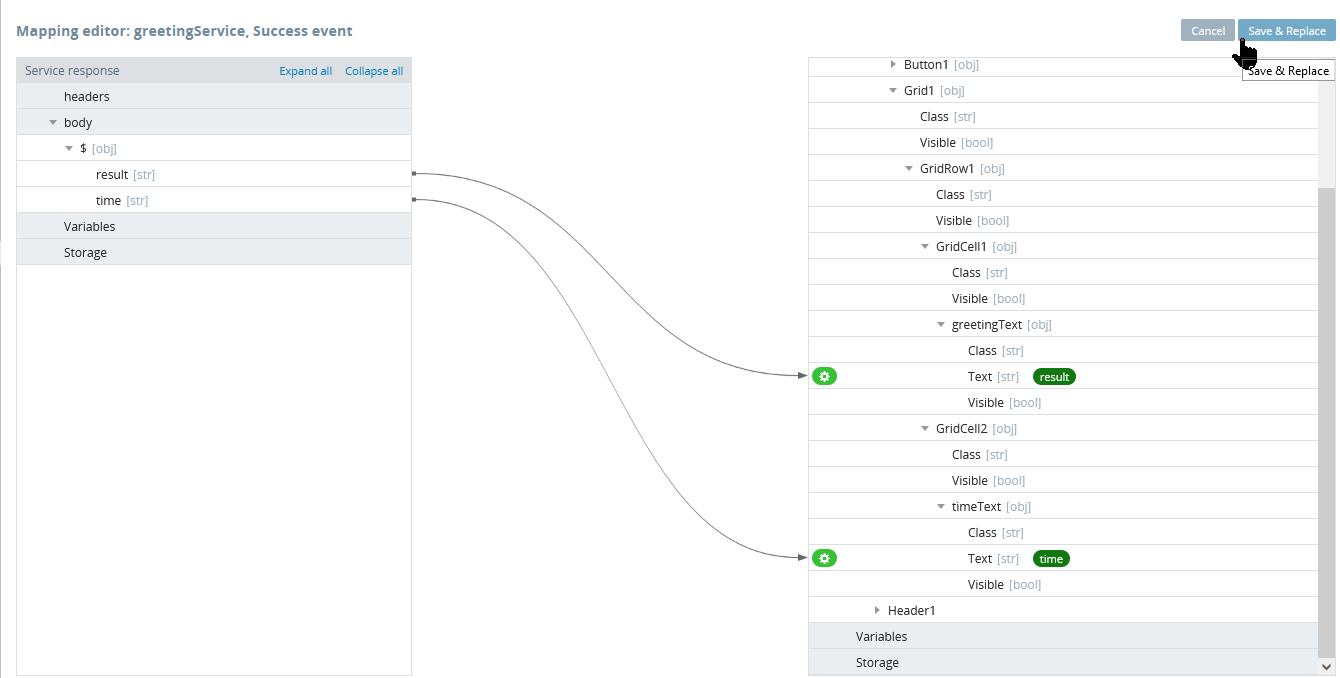 You are now ready to test the app.

Click the TEST button in the App Builder Toolbar to launch the app in the browser and try entering different names: 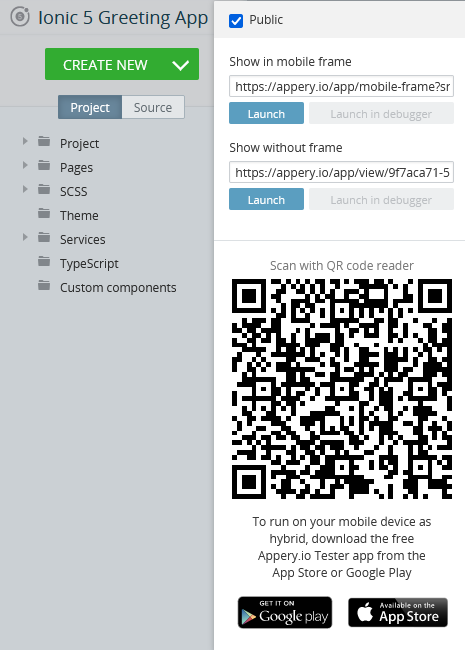